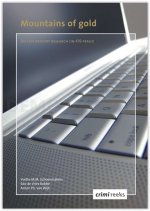 Mountains of gold - An exploratory research on 419 fraud

The connection between criminality and ethnicity has been a much-researched theme for many years. In the Netherlands this often pertains to the involvement of traditionally ethnic groups such as Turks, Moroccans, Surinamers and Antilleans in criminal activities. In the interim, it has become known that other ethnic minority groupings in the Netherlands are associated with criminal activities. With respect to this, West African nations also constitute a part of the picture.
When organised forms of criminality are raised, the phrase West African Criminal Networks (WACN) is frequently employed. According to the investigative services, these networks are characterised by criminal associations, particularly from Nigeria, which perpetrate divergent forms of fraud on a wide scale around the globe. The most famous of these is the advancefee fraud, also called 419 fraud (after Article 419 of Chapter 38 of the Nigerian Criminal Code). This scam involves the perpetrators using letters and/or emails, amongst other means, in an attempt to induce thousands of potential victims to cover certain expenses with the prospect of obtaining a large sum of money (sometimes many millions of Euros). After a number of payments have been made to cover ‘expenses’, it emerges that the victims have been defrauded and have lost their supposed investment.
The culprits operate in a global network and it is estimated that they are responsible for annual world-wide losses amounting to billions (Smith, Holmes & Kaufman, 1999; Van der Werf, 2003). From an international perspective, the Netherlands seems to be one of the most significant bases from which the – primarily Nigerian – groups orchestrate their scams. Both the use of legitimate bodies and the enormous quantity of criminal money that circulates in the Netherlands are harmful to the commercial and economic image of the country. This could give rise to the impression of the Netherlands as a hotbed of criminal activity.

The idea has gradually arisen abroad that the groups have, without restrictions, been able to establish themselves in the Netherlands (Project Stop Payment, 2007; 2008). Political pressure coming from countries that have fallen prey to fraud (the United States in particular) upon the Netherlands has led to a few major criminal investigations, but they have not been able to tackle the problems surrounding these West African fraud groups on a continual basis. These groups have branches around the globe that cooperate with each other in a flexible manner, continuously changing their modus operandi and effortlessly anticipate approaches by the investigative services, new multimedia and financial developments.
The current Dutch approach is based on, amongst other things, the absence of lasting information concerning the perpetrators. The police primarily employ a policy that focuses on disruption by means of what are termed as hit and run operations attacks, whereby action is taken on the basis of so-called real time information. It is clear that the so-called West African 419 scams constitute a serious problem, but the question remains to what extent the police have a perspective on all the aspects that constitute a part of this phenomenon, such as who the offenders are. In the investigations mention is made, for example, of ‘criminal networks’, but it remains unclear as to what their characteristics and backgrounds are. Another oft-posed question is that of why the culprits are primarily Nigerians and what the reason is behind the large-scale committing of various (fraud) offences.

Connected to that question of who the offenders are, the question of the pattern of criminality is likewise of importance. More specifically, this concerns the manner in which the criminal networks work together, the way in which they commit 419 fraud, their possible involvement in other forms of criminality and the extent to which the scams are interwoven with ‘above ground’ activities and with organised crime. In addition, it is of import to uncover why the offenders seem to be located primarily in the Netherlands and who the victims are. Cases of 419 fraud are a problem around the globe, but it is as yet uncertain what the place of the Netherlands is in that.
Questions relating to the characteristics of the perpetrators and criminal patterns aside, there is also the question of the way in which the problem is tackled by the
Dutch investigative services. This concerns the reason for and the execution of criminal investigations, the methodology, the way in which they are handled and the successes and failures of the investigative practice. This exploratory study is the first endeavour to achieve greater insight into the above questions.
1.1    Objectives & question phrasing
The objective of this exploratory study is to gain insight into the West African perpetrators of 419 fraud and their patterns of criminality, to be able to support the criminal investigations in practice by means of a more structural approach to the problem of criminality. The emphasis here lies on the perpetrators that operate from the Netherlands, perpetrators of Nigerian origin in particular, but with the international character of these groupings also taken into consideration. This particular study of the phenomenon can be regarded as an initial orientation – a primer, as it were – to a series of follow-up studies. A secondary objective of this study is to formulate a number of focused research questions on the basis of the results, which can be further investigated.
Question phrasing
What is Nigerian 419 fraud and how is it committed, what are the characteristics of the offenders and in what way can knowledge pertaining to this grouping of offenders reinforce the investigative practice?